The value of forests - Panel discussion 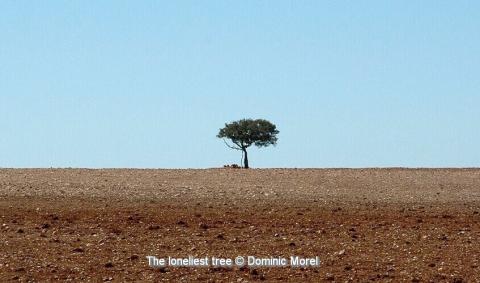 On November 15, 2107, Reforestation World and Sustinova organised a panel discussion on the value of forests. Thanks to our panel experts and the attendants we had a lively exchange with interesting insights from different perspectives, which are presented below.

After the opening remarks by the founder of Reforestation World, our moderator and guest speakers took us through different questions as seen by science, politics, business and NGOs. Due to the overall length of the discussion, we’ve selected and summarized some of the key points. The full session included many more interesting details and questions, presented in the audio record and the transcript of the main discussion. Both are available below in German, the language of the event.

Our appreciation goes to the Jessica Fenger for preparing the notes during and after the event, with the editorial support from Paulo Morais.

Please note that the audio record is only available in German, the language of the event. It includes all the details except for the initial introduction, which could not be properly recorded. The corresponding transcript is available below.

"Thank you for joining us tonight.

I would like to briefly describe how Reforestation World came into existence. We were able to present ourselves for the first time during the “Going Wild” event in September 2017 at the Zürich Zoo (Facebook link). We invited those visiting our stand to draw a tree and choose an organisation from our list, so we would have a real tree planted with them.

2003 was one of the first unnaturally hot Summers. At the time, I read an article at the NZZ (Neuer Zürcher Zeitung) about so-called carbon sinks, regions where more CO2 is captured than released into the atmosphere. All these regions were forests. As such, I came to believe that we could compensate the global CO2 emissions with forests. The loss of forests, animals and plants in the last 60 years has reached a historically unparalleled level. Population numbers and the need for resources keep on increasing. Since a large number of people cook with wood, which releases CO2, the destruction of Nature, desertification and water scarcity keep on advancing. Zoological and botanical gardens can work hard to protect species, but this becomes irrelevant if their natural habitats are lost.

Erosion by wind and flash floods, amplified by a lack of plant cover, floods and increasing temperature are other problems to contend with. The temperature difference between a bare, rocky surface and a forested area can reach 20 degrees. Since the ruined forests cannot regrow with human help, except in the unpopulated northern regions, the situation will become increasingly worse.. But it is possible to recover these lost forests!

Since NGOs seem to have little collaboration with each other and occupy themselves mostly with sustaining people but not their natural resources, I founded the internet portal Reforestation World. Now maintained together with Paulo Morais and Sustinova, this portal allows organisations in this field to present themselves, exchange experiences, divulge forestation efforts and attract supporters.

CO2 as such is not bad; it is the food for the growth of plants. However, it is in the wrong place, in the air instead of in the soil and plant cover. Even though a growing forest retains a huge amount of Co2, I hardly hear the word “tree” in any of the expensive climate conferences. With the money that is spent there, it would be possible to re-green the entire Sahel region! If you look at the photos of the organisations we list, you can see the tremendous work ahead of us to overcome this catastrophe.

For now, we want to listen to what our guest speakers have to say on these topics. Thank you."

Olivia Bosshart: What do we mean when we talk about forests?

OB: What is the value of forests in your field of work?

OB: For some people, forests are more valuable when they’re gone. What is your view on this?

OB: Do we have any reason to be concerned about the state of forests?

OB: Who can do what, in concrete terms? In your area of work, who can have some impact?

OB: Last question: what can we do as individuals, so that the current situation does not worsen?

Note: Please note that this section is only available in German, the language of the event. Some of the content was edited for clarity or partly summarized, due to the overall duration of the session. The audio record above includes all the details except for the initial introduction, which could not be properly recorded.